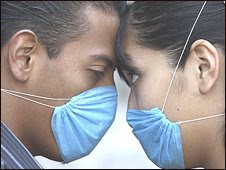 Further information on the situation will be available on the WHO website on a regular basis.

There is also no risk of infection from this virus from consumption of well-cooked pork and pork products. Individuals are advised to wash hands thoroughly with soap and water on a regular basis and should seek medical attention if they develop any symptoms of influenza-like illness. »